We are hitting the highway again this morning, heading towards the Mexican border. On our way here to San Jose, traffic was congested but still moving fast. I had to get into the left lane to make our junction. At the very moment I shoulder checked to the left, the traffic in front of us stopped. When I turned my head back around, there was a car right in front of us and I swerved hard to the left. We were moving fast and we missed the car by what seemed like inches. 20 minutes later, another car swerved into our lane and I had to honk. Then last night when I was loading the car, a drunk guy came zipping through the parking lot and literally missed the front of our car by an inch. 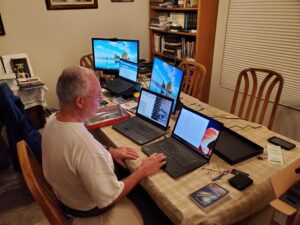 We got the new computer and Rick spent days transferring all the programs and files from my old one. I just don’t know what I would do without this kind of help. He has really cleaned things up and got me up and running. Thank you Rick!!!! 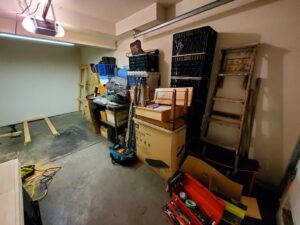 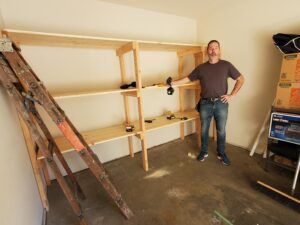 While Rick was cleaning up my computer, a little voice said for me to clean up his garage and make him some shelves, so off to Home Depot we went and picked up some lumber. I had a few tools in my car. I used the storage bins for saw horses and made him some shelves. It was fun to help a little tiny bit in return for all that he is doing for us. 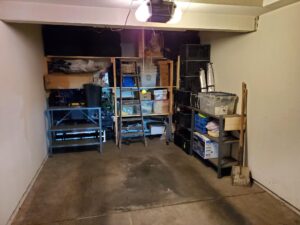 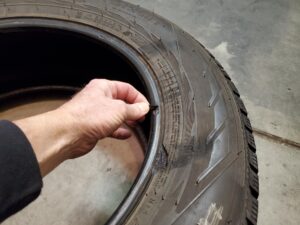 When I went to pick up the car, one of the tires on the winter tire set was damaged. It was obvious that this happened at the shop since the gouge marks were fresh with no dust in them and some of the gouges were on the bead where the tire would be protected by the rim. I pointed this out, but all three of the managers said, “no it didn’t happen here”. I was in disbelief… but they ended up saying they would find me a replacement. 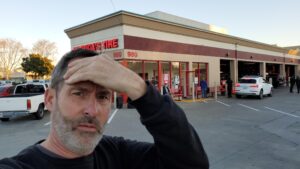 I had a headache all day, so it was a stressful day. But after a great sleep last night, my headache is gone and we are ready to load up the car and take off.

We just feel so blessed and upheld by the Lord and His saints and at the same time, we feel battles of various sizes raging behind the scenes of the visible. Thank you for your prayers.

I am pondering often Jesus’ words, “Blessed are the poor in spirit for theirs IS the kingdom of heaven”. I’ve always thought of that verse to mean that the spiritually lacking people are blessed because some day they will enter a better kingdom. But I’m realizing that Jesus said, “is”. I see that he meant something different. Kind of like Paul’s words, “when I am weak, then I am strong”. Those who are destitute of pride in the heart, the meek, the spiritually poor are in that moment in a state of heart in which they experience an entirely different realm from heaven and therefore they are blessed indeed. It is so true. What a joy it is to ponder and grow in these simple and basic truths of meekness, humility and seek to be in a state which is destitute of pride.